OBO hockey has been for the past 20+ years, the number one company for goalkeepers. They have revolutionized not only the hockey gear market when it comes to protection and safety, but also have shaped some technical aspects about hockey goalkeepers.

One of the first changes introduced by OBO was shifting from the rudimentary shaped cylindrical bars leg guards, to the ones that we know nowadays which have a “foamy” material that makes the ball bounce off them without the need to using a kick. Therefore, we went from “kicking” in the 80s to blocking with direction thanks to this change.

During the Rabo Euro Hockey Champions in August 2017, OBO has introduced a squared-edge shape kicker (these pictures shared by @targetgoalies show you what they look like). Before this, goalkeeper’s kickers were more “triangular” and round shaped, but now it seems that this new OBO hockey gear, will allow goalies to kick with their toes. 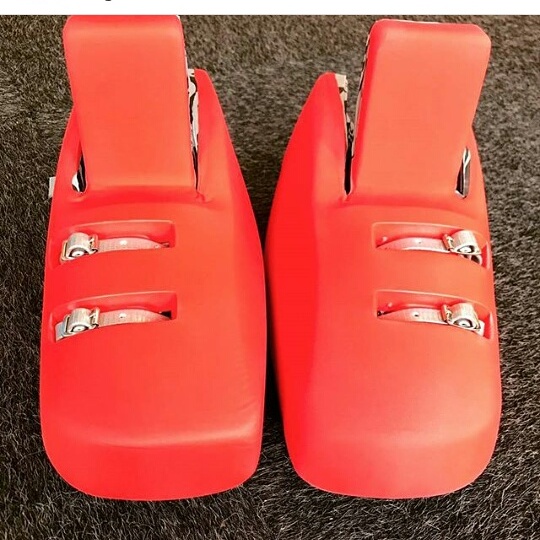 The front face of these new kickers is flat and almost 90 degrees angled on the corners. This will allow goalies to have a more natural kick and will help them to clear shots without the risk of executing high and dangerous rebounds. OBO has tested these kickers for at least 2 years, working hard in the lab to find the perfect combination and shape, and it seems that they are ready to roll this new gear into the market. 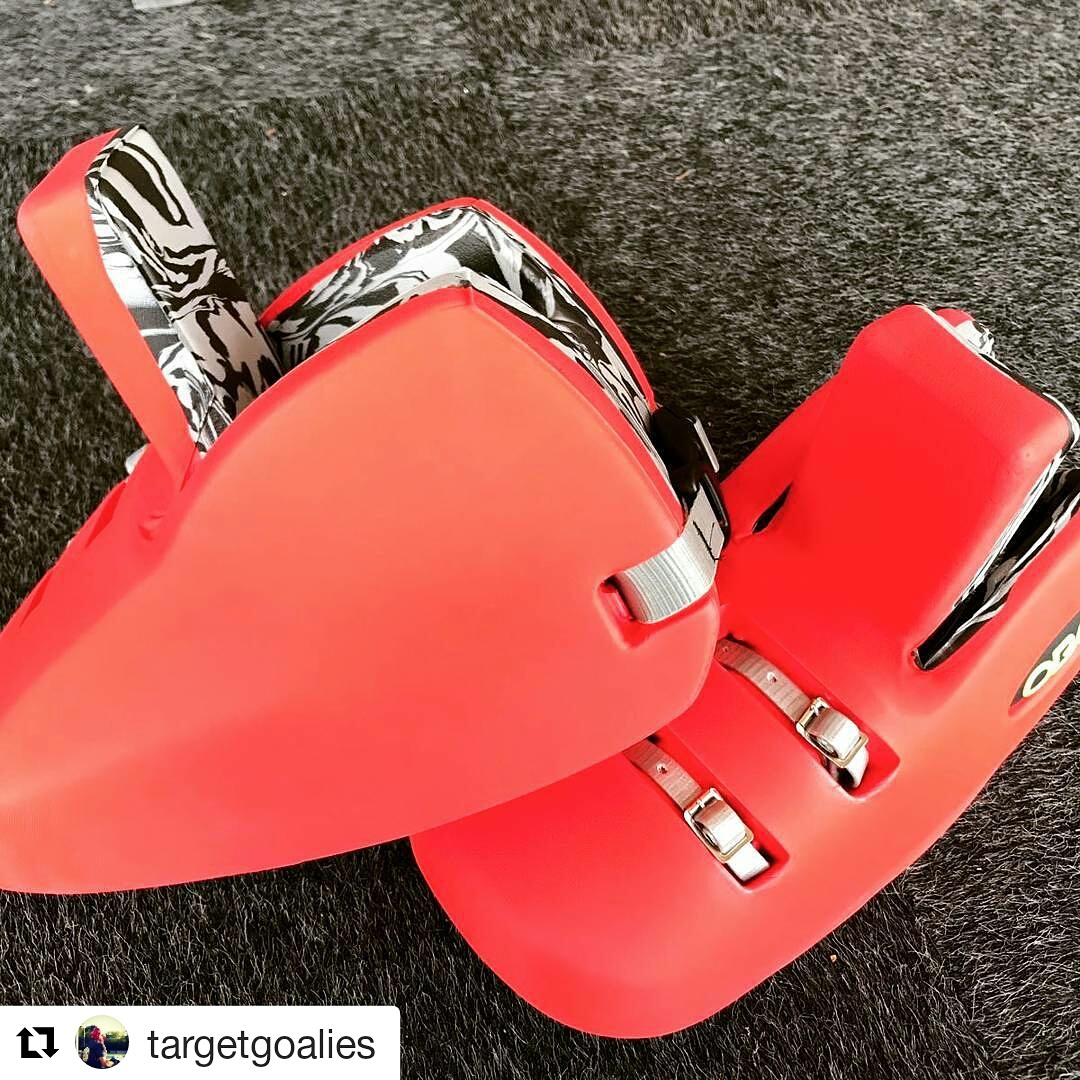 Apparently a new era for OBO hockey goalkeepers is coming. They now will be able to kick frontally instead of having to use the inside part of the foot, and this will probably have goalie coaches asking themselves how to make the most out of this change. 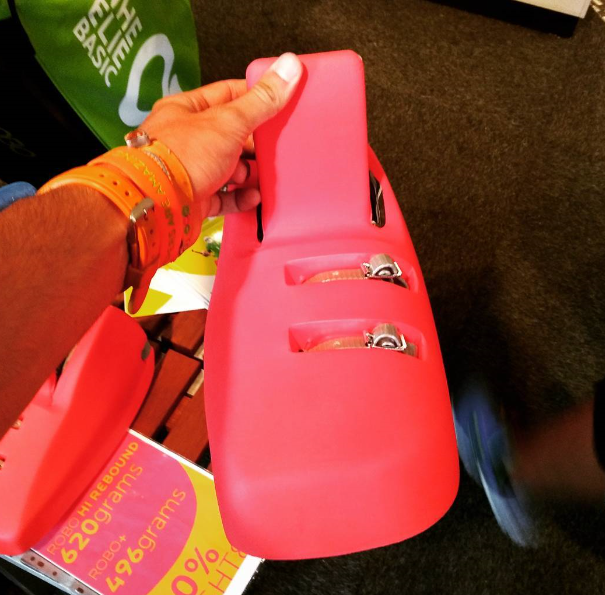 Every time there was an innovation such as change of technology in gear, a new technical skill, or a new coaching strategy, the FIH and umpires had to sit down and review what to do with these situations. Will goalkeepers have an unfair advantage thanks to these new kickers? If so, we might see that something similar happening to when players used to bend their sticks in an unfair angle in order to execute better drag flicks.

When the drag flick was introduced by players, the FIH had to create rules about how much curve the body stick can be. The same happened when players were using an external grip extension in order to make sticks longer. How about when back in the 90s, FIH Master Coach Marc Lammers had players wearing a small headset on the field so he could communicate with them from the bench? Yes, that also happened and it was banned.

Anyways, this new field hockey gear seems to be coming out. Only time will tell if goalkeepers adopt this new technical changes and if they adapt to the way they kick or not. What about other brands? Will they also start making changes to their kickers? We cannot predict what it will happen, but surely it is the dawn of a new era!

How does OBO Hockey create these changes in technology?

OBO has a huge secrecy around what happens inside their lab. Yes, they have a lab, an OBO Hockey goalie lab. When they come up with all these new variations and improvements, they are not just sending gear to the market and seeing what happens. If they do these kinds of modifications, it’s because there was a scientific process behind their research and development.

If these squared edge kickers are out, is because they were able to find that hockey can be improved, and that goalkeepers can perform better with these kickers. But you don’t have to take our word just because we have the chance to write it down for you, just take a look at this video and you will see what the OBO field hockey goalkeeper’s lab is like.

For how long has OBO been around?

This company is the brain child of Simon Barnett, the founder and creator of OBO. He is based in New Zealand and has created this brand in 1992. It all happened while Simon was watching the 1992 Olympic hockey final in Barcelona, when his friends were really unsatisfied by goalkeeping gear available in that time. Since then, they have been growing and helping the way goalies protect themselves in a unique way. In addition they made goalkeeping “cool”.

They put the same amount of effort to the research and development aspect as to the marketing strategy for their brand. In the past, this position in a team would be only for “that guy who cannot play or is too heavy to run”. This was so wrong, so wrong indeed. The position of “the guy who is in the goal” is extremely important for hockey and they deserve a good recognition for what they do.

For this and more, we have to be thankful that companies like this one exists, they are making field hockey one of the most advanced sport in the world! 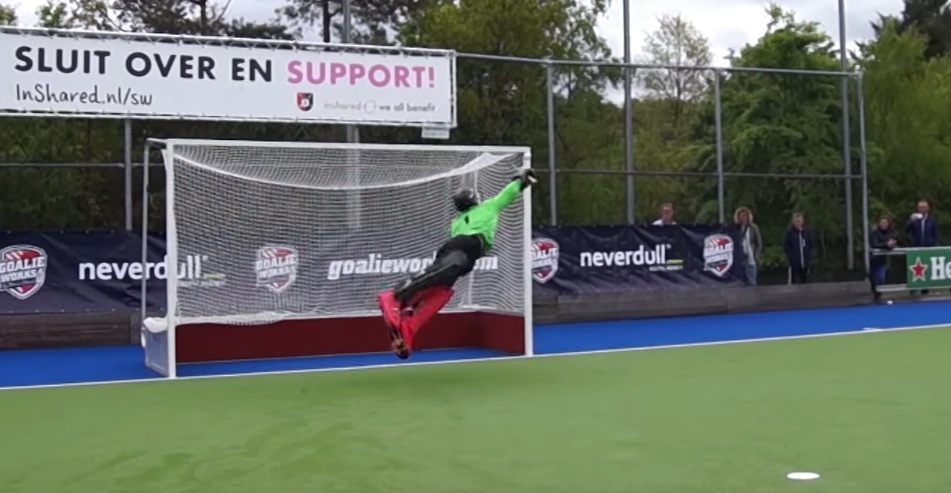 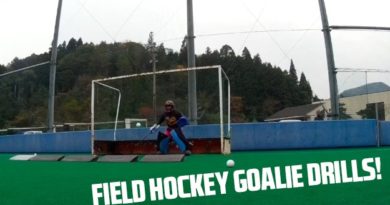