In the United States, hockey games cannot end with a draw. This means that after the regular game time, an overtime is played. If that overtime ends with a tie, another overtime is played. This is why the match between Michigan Wolverines and Maryland Terrapins lasted until the minute 99:59, almost 1 hour and 40 minutes. 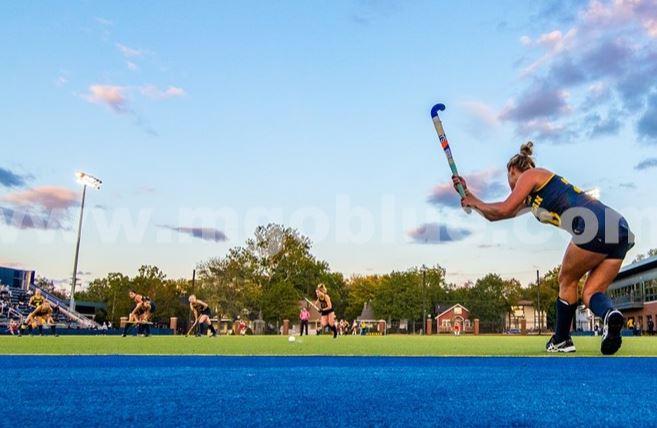 This game took place on October 1st, 2017, and saw Michigan winning by 3 – 2 with a goal scored by Emma Way after a free hit with less than 10 seconds remaining in the second overtime.

As stated before, the match went for almost 100 minutes, but this is just the play time. If you add the minutes where the game was stopped, plus the “halftimes” and PC stoppage time, the game went for longer.

Here are the highlights: