As two offenders armed with a crowbar and a claw hammer burst into Te Awa Dairy, at 5.40am, both father and son battled them away as we can see in the tape caught by the security cameras. Manmohan, 61, grabbed a table leg from under the counter and chased out one of the offenders, while his son, used a hockey stick. 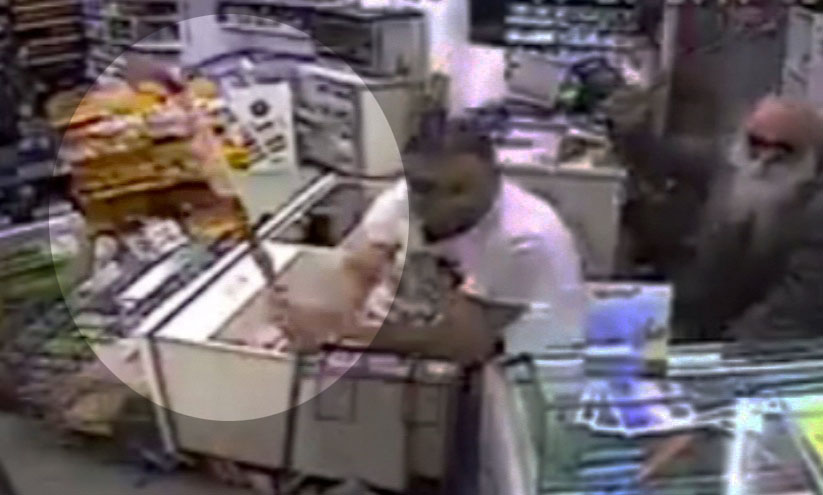 He added that they had the weapons under the counter as police had visited them before to warn about a series of robberies in the area. Police believe the robber chased out by Manmohan may have had some injuries following the incident. “That is the first time that has happened. That is not a robbery, that is an attack. That is not good – normally they just run away,” he said. “Everything is insured but no insurance for me. If I am lost I don’t come back.” Hopefully they will never come back!