A Channel Seven sports reporter from Austrlia has been forced to apologise to former Hockeyroo Georgie Parker, after he accused her of not playing ‘elite sport’. Nathan Templeton was tweeting with Commonwealth gold medallist hockey player about the Richmond Tigers versus Geelong Cats match on Friday night (Aussie Footbll match). 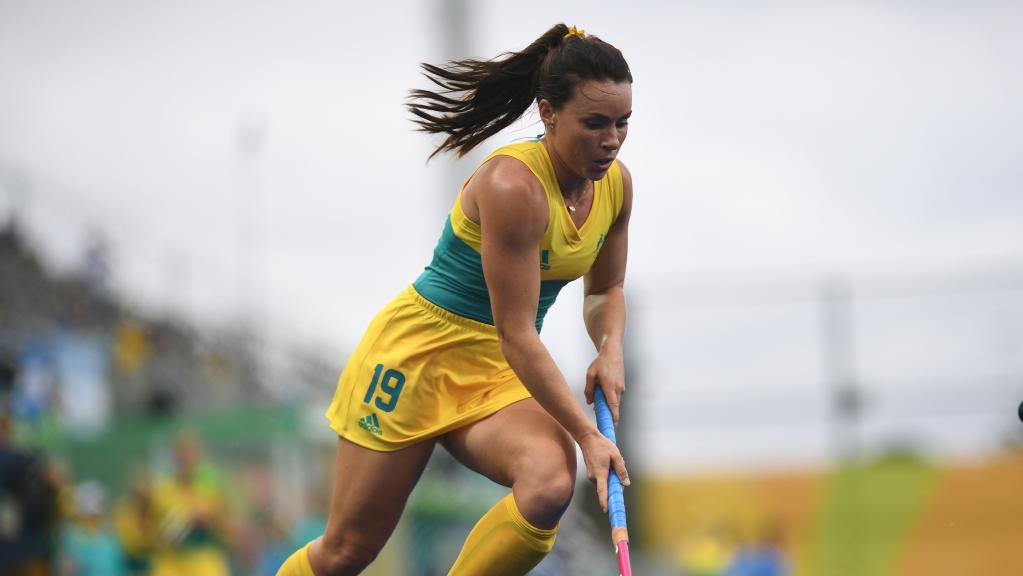 Templeton, an Olympic Games reporter for the Seven Network, disagreed with Parker’s comments on home ground advantages and asked her to ‘let me know when you play “elite sport”‘. 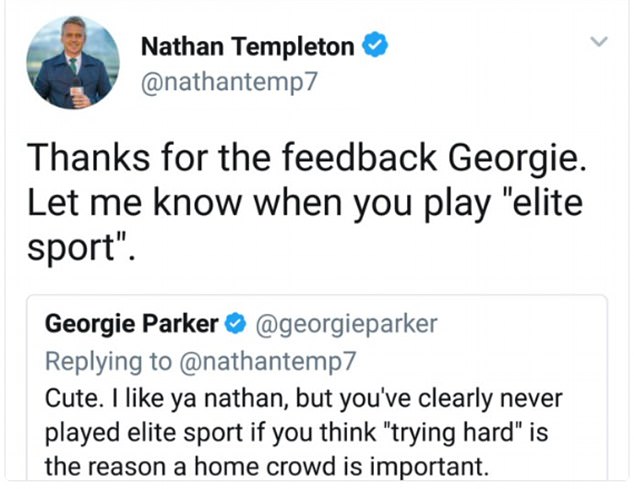 He apologised through his Twitter account after his comment was heavily criticised. Parker, who has over 100 caps for the Hockeyroos, tweeted: ‘THIS is the advantage the home team should get. The crowd behind you which makes you lift. Something the Cats didn’t get last night.”

Templeton then snapped back, suggesting Parker also had not played high-level competition.
The final answer by Georgie was: