Let’s start by describing the situation: after a very long pass, the Canadian attacker Mark Pearson found himself against the opponent’s goalkeeper. Instead of just dribbling the ball with speed and not thinking about what to do, he did what any good attacker should do in a situation like this one.

1. The first thing he did was to fix his eyes on the ball, making sure that the ball is under full control. 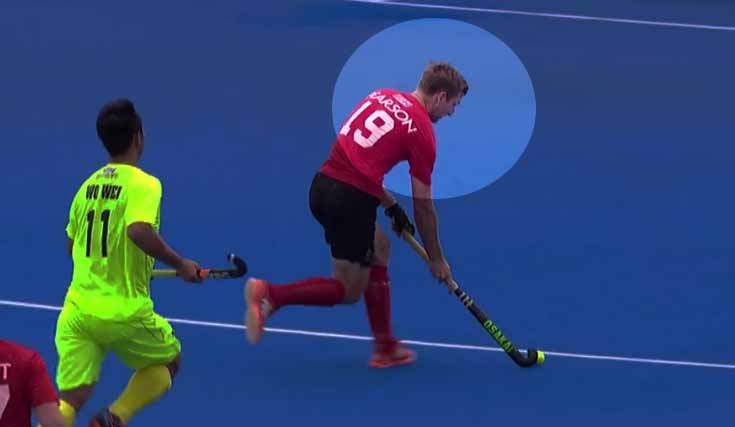 2. The second thing he did was to look up to see what was the goalkeeper doing. Instead of just running straight towards the opponent, he took one second to assess the situation: 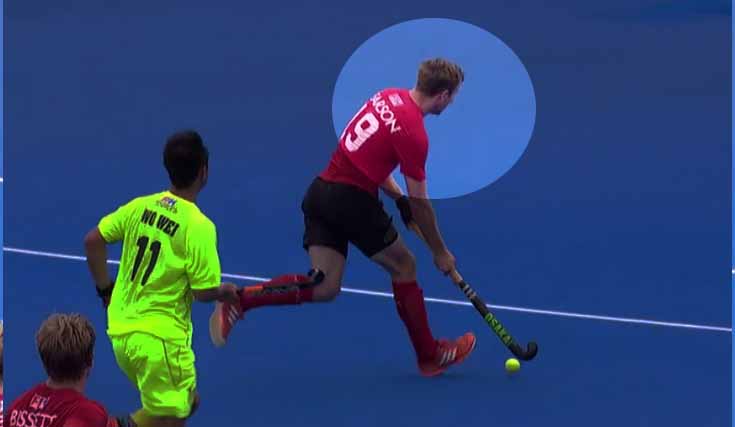 3. Once he was able to make a proper evaluation of what he was facing, he put his focus on the ball again in order to make sure that the execution was 100% correct: 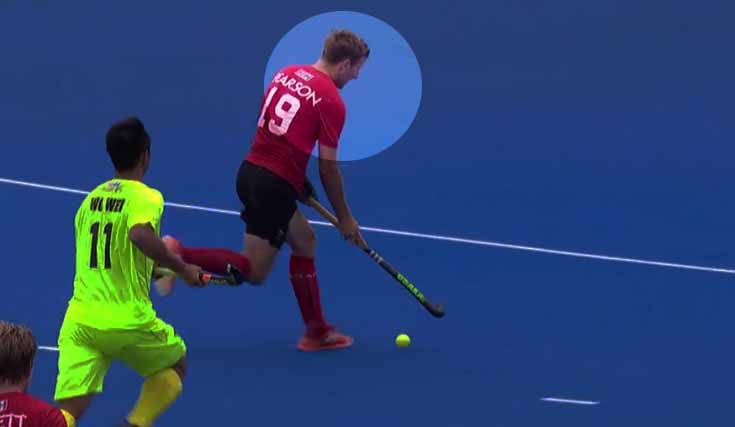 4. He ended scoring between the goalie’s legs, ensuring that the execution of the shot was positive: