Sergio Vigil is an FIH Master Coach, a former hockey coach of the Argentinean National Team but most of all, a true passionate hockey person. Here we present to you some of his best memories gathered from different interviews that he took part in his past. His love for the sport is contagious and with this passion, he was able to earn gold medals at the 2002 Women’s Hockey World Cup, 2001 Champions Trophy, the 1999 Pan American Games and the bronze medal at the 2004 Summer Olympics in Beijing, China.

His first hockey memory:
He remembers that the first memory comes from when a cousin invited him and his friends to join the hockey team because there were in need of male players. They just wanted to play football, tennis or any other sport but hockey as they thought it was a weird sport. One day, while they were playing football on the hockey field of the club, the hockey players came to them and ask them to leave because they had a training session. The coach, however, invited them to stay and train with them. They did not want to take part in the session but the coach challenged them to a hockey game with one condition: if they beat his team, then they would earned the right to keep the field to play football. Of course, they lost the match and they have to leave.

After this moment, they got challenged again by the same coach to play another game with the same contingency but this time, they would do one instructional session of hockey with him so they would be better prepared for the challenge. On this occasion, Vigil and his friends won the game and earned the right to keep the field to play football. In the end, they were so excited about their hockey progress that they ended up choosing to keep on playing hockey instead. In conclusion, Vigil says that hockey back then was not well known, but once he got in, he could not leave it… it was too special.

His coaching passion:
His first coaching experience happened when he was only 14 years old. He loved to watch the training session of the premier team of his club in order to learn. He liked to speak to the coach and enquire him about the decision making process. The coach could not believe that a young kid would go to him with so many questions but, Vigil was always able to receive answers to his doubts. After that, he would always stay just collecting the balls and watching, hoping that eventually, he would get called to take part of the training session.

The sport viewed as a game:
One fundamental right of every kid is the right to play. We can relate hockey to this right because hockey and sports are indeed, the moment to play a game. In games, there is everything: surprise, uncertainty, possibilities, exploration and the chance of winning or losing but beyond that, it exists the possibility of enjoying it.

Sacrifice vs Effort:
Putting the effort to achieve goal can be nice but, sacrificing for something we do not like, might be harder. In Argentina, many people in 2002 were admiring how much sacrifice the hockey women’s team were putting into achieving success but, they were also criticizing the football (soccer) players. Football,as a sport, has more money and in the mind of people, this was not representative enough of sacrifice or effort that a player can put into training. The Argentinean female hockey team became world champions while the football team, coached by Marcelo Bielsa, was not able to qualify from the first round. The press and the public opinion literally destroyed the coach and the players while they glorified the hockey team. The unfair reason behind it, was because while the hockey players were “amateur players”, the football players were professionals and they were “obliged to win”. It was not fair because the effort and passion that a person can offer goes beyond the salaries. In conclusion, everybody is exposed to failure as much as everybody is capable of sacrifice and effort.

The full interview (in Spanish): 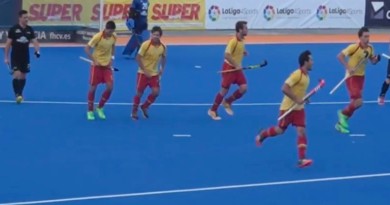 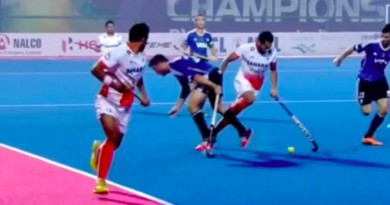 This foul ended with a green card, but was it enough?