Earning an university scholarship for playing hockey in the United States is something that can turn the life of a hockey player in a very positive way. Being recruited as a student-athlete in USA can open the doors for a professional career in the best education institutions. Here we present the stories of Curylne Browne from Trinidad and Tobago, who played and studied at the Ohio State Buckeyes, and Sofia Laurito from Argentina who is a current member of the Boston University Terriers:

1. Why did you choose to seek a sports scholarship in the U.S.?
Sofia Laurito: I knew that I wanted to play overseas at some point and actually my cousins were studying in the U.S. My mom thought that could be a great experience for me considering I would be playing and studying at the same time.

Curylne Browne: It was a great opportunity to play and further my studies.

2. How did you get recruited to play in the U.S.?
Sofia Laurito: I actually made a recruiting video and then went through a couple of universities’ websites. I sent emails to the coaches so it was pretty much on me rather than getting recruited.

Curylne Browne: I was participating at a club championship for my club team Notre Dame Hockey club in Barbados and was spotted my Inako Puzo who was the assistant coach at The Ohio State University at the time.

Sofia Laurito: I’ve been in Boston since August 2012 and I’m happy to say coming here was one of the best decisions I’ve ever made. Yes, it’s hard to be alone with no family around you but I have my own family here and Boston became my second home. Studying and playing can get a little much to handle at times to be honest but luckily I’ve been doing pretty good.

Curylne Browne: It definitely hard for me in terms of time management and balancing studies with training. It was challenging at times specially during the hockey season.

4. How is the level of hockey?

Sofia Laurito: Level of field hockey is good and it’s getting better, but I guess that coming from Argentina where field hockey is huge and really important, I should say it’s a lower level than what I was used to at home.

Curylne Browne: The level hockey was good, definitely a higher standard from what I was playing in the Caribbean. I learned alot from my 4 years at OSU. I cannot stress enough how much Inako Puzo, Anne Willinkson, Jon ‘O Hare and my strength and condition coach Anthony Glass played in my development as a player.

5. What advice would you give to someone who is looking to play in the U.S.?
Sofia Laurito: I definitely think it’s a great experience, but I would also recommend to be 100% sure that this is what you want. Being away from home for that long, in a country where culture is way different and Spanish is rarely spoken. I was really nervous coming here but after time passed by I was really happy to be in Boston. 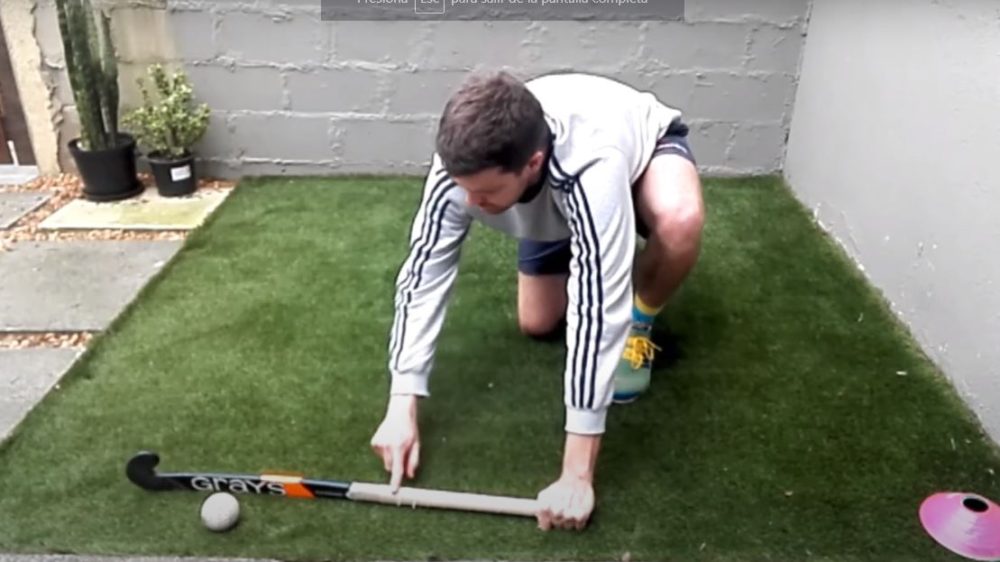 Learn how to do the One-Handed Block Tackle