Take a look at this “on-the-go” swap on the defensive line of Australia while they have ball possession. Australia is one of the most dynamic teams that tends to switch positions of the players by maintaining a structure without having “fixed” positions. You will not see a centre back playing only in that position in the traditional sense of the expression, or an attacker who does not drop from time to time in order to occupy a space that was empty by a midfielder for example. Take a look at the play that we will analyse (2x speed):

In this case, we see that Australia starts the ball movement with 3 players on the back line plus 1 centre-mid. During this play, the centre-mid, who originally starts with the ball, is called out and has to move to the line to make a substitution: 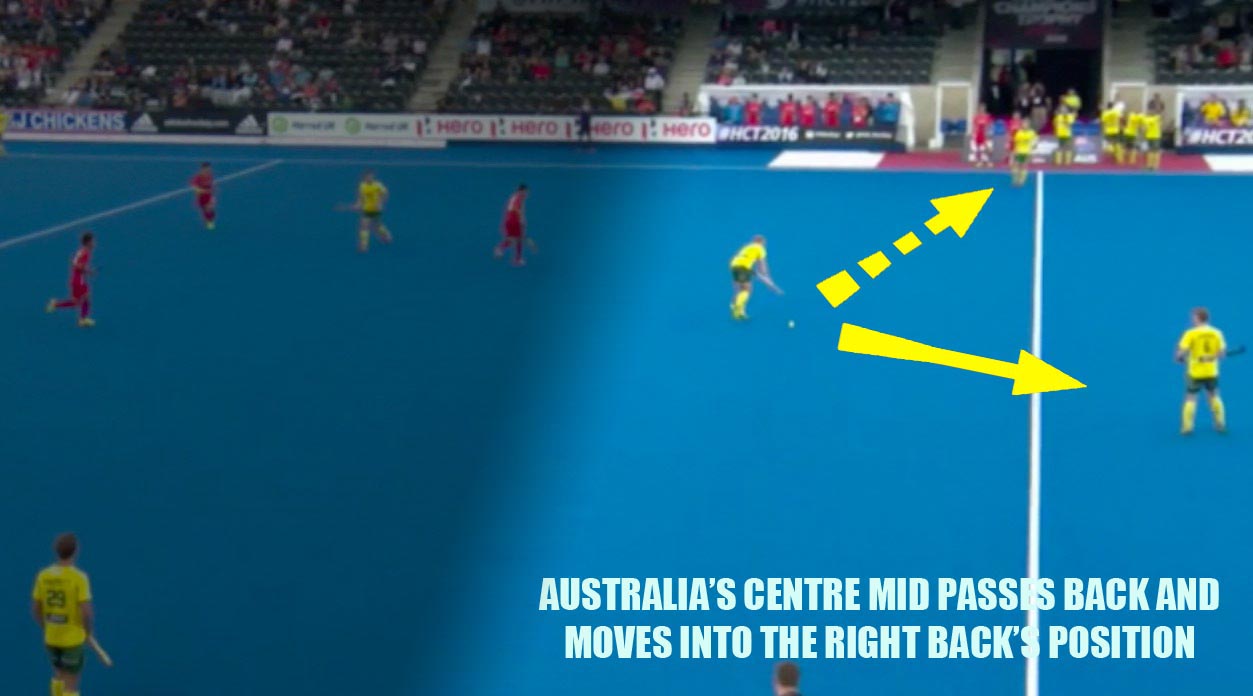 Therefore, this player releases the ball back and runs to the line to allow his teammate to switch. The left back, reads that this is happening and moves into the centre-back position, while the player with the ball, moves forward as the opponent’s are giving him the space to do so: 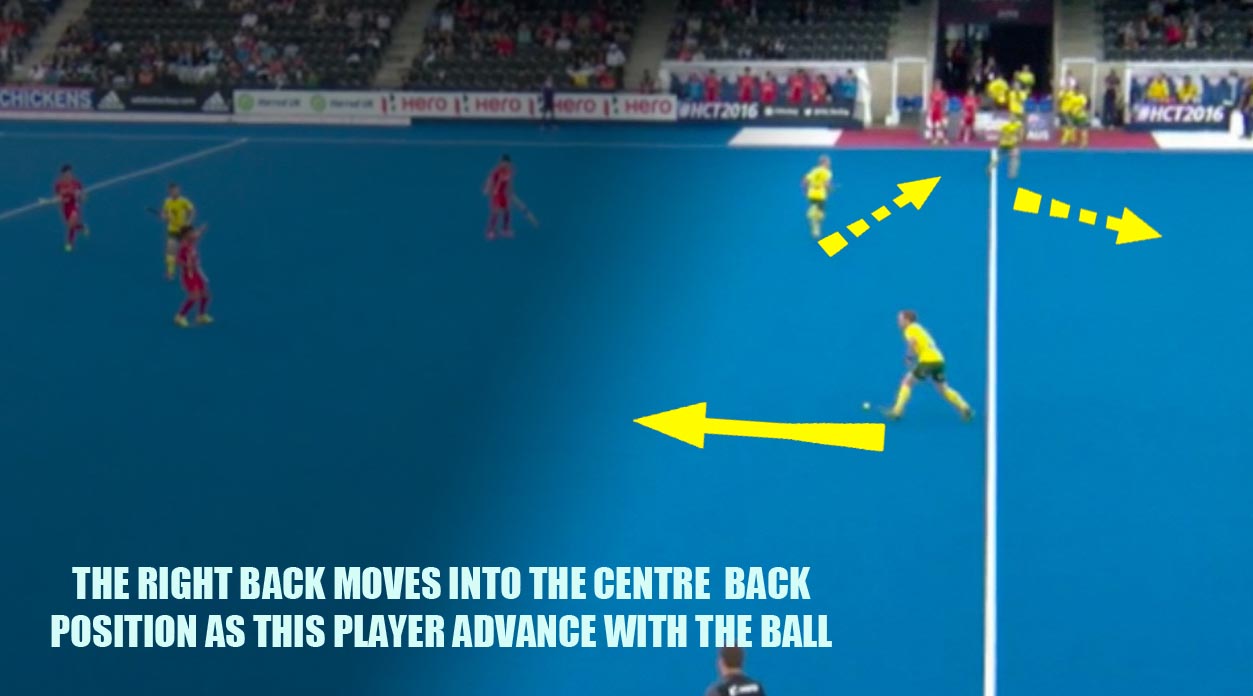 Therefore, we have seen only 1 pass and 3 players that have already change positions. Now, the next interesting thing happens on the left side while the ball is on the other side. In this image we can see the left-back going down in order to fill that empty space in the back line: 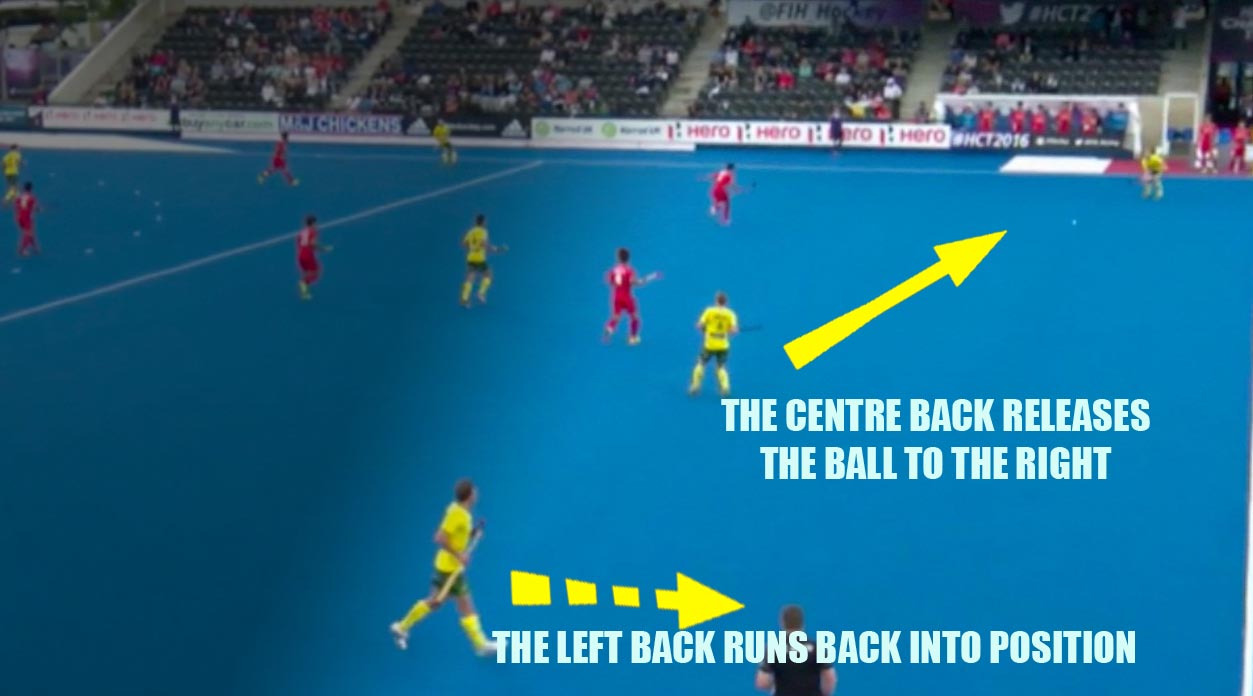 The original centre-back realises this and drops to that position as well. The player that was coming back moves forward once again. Also, you can see another that centre-mid has come to occupy that empty space on the right side: 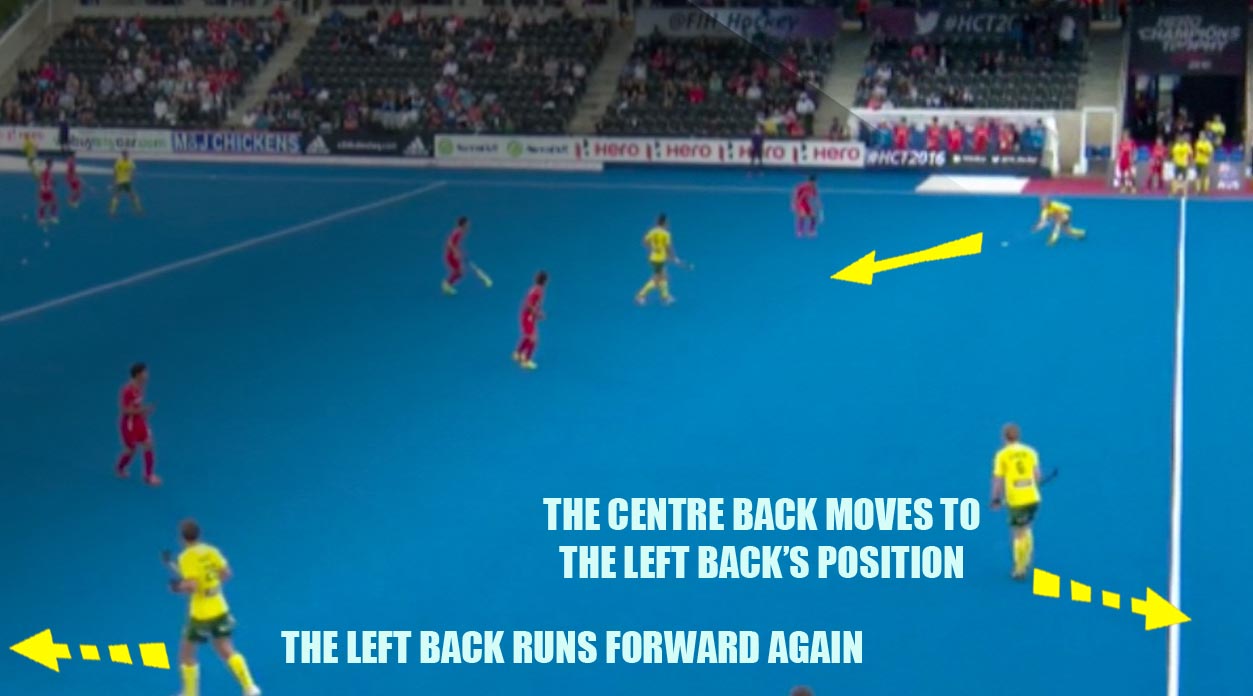 In conclusion, we have seen at least 6 players changing positions in a matter of seconds on a play that involve only 2 or 3 passes. How can you defend against such team? If you were the opponent’s coach, what type of defensive strategy will you use against the Kookaburras?