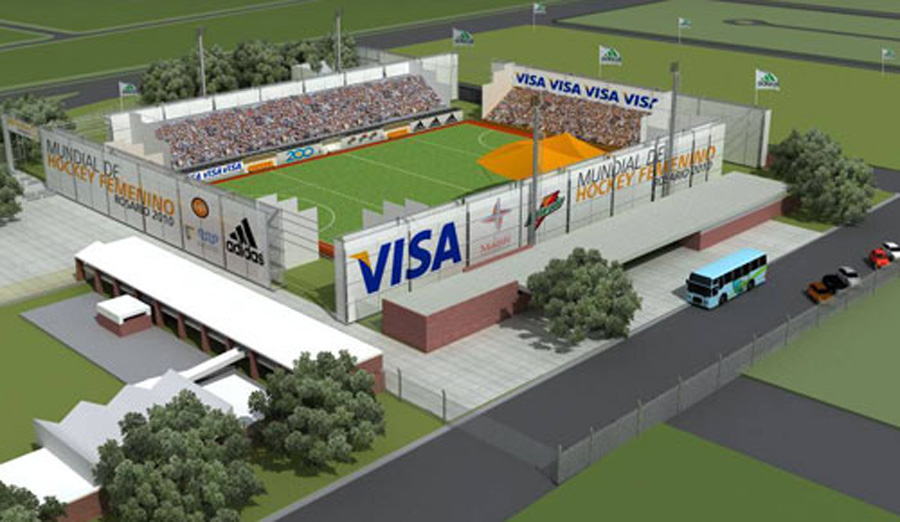 The Estadio Mundialista de Hockey is the hockey stadium that hosted the 2010 Women’s World Cup. The venue is located in the beautiful city of Rosario, Argentina and it was specifically built to host that event. For the World Cup, the stadium featured  a capacity of 12,000 people with mobile grandstands.

For the 2012 Women’s Hockey Champions Trophy, a permanent grandstand was built on one of the sides of the pitch with 1,400 seats plus the mobile grandstands as previously erected for the World Cup for a total capacity of 6,200.

This is a game played at this stadium prior the World League: