Take a look at this amazing line up for this unbelievable event that took place in South Africa. This was an indoor game between the South African National Team that featured players such as Matthew Fairweather as the captain, while the International All Stars featured players such as Benjamin Wess (Germany – 2011 World Champion), Andreu Enrich (Spain), Sjoerd de Wert (Netherlands – 2015 World Champion) and Teun Rohof (Netherlands – 2015 World Champion) and more! Take a look at the highlights of this game that ended 6-6!

Lifted Skills with Florian Fuchs’ at the 2015 MT13 Annual Conference 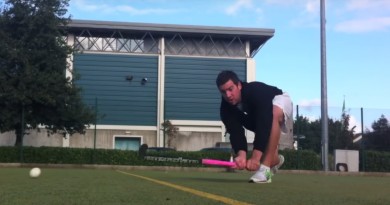 How to make the disguised sweep pass?

The basics of the reverse hit: How to perform the tomahawk