Christopher Rühr is one of the most technical and fastest offensive players in the planet. However, this German player know how to play efficiently without exposing the ball to a counter attack.

In this case, Rühr receives a pass on the half line where he receives the opponent’s pressure on his back. Instead of using a small space where the defender might have the chance to steal the ball away, Rühr turns and changes directions until he find the way to leave the opponent behind by escaping an accelerating the phase of the attack. 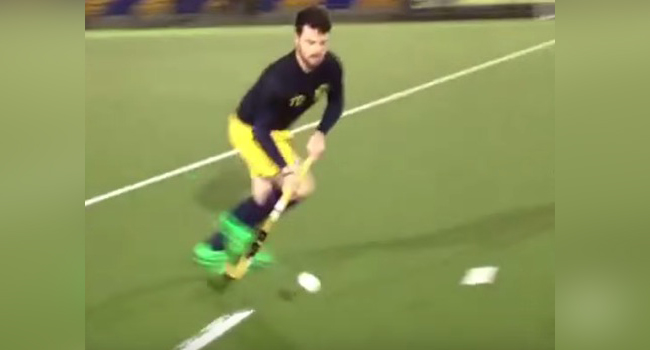 3D Skills: How to perform the “dink”