For those ones not so familiar with USA College Level rivalries, an encounter between the Ohio State Buckeyes and the Michigan Wolverines, is perhaps one of the most important matches of the year, no matter what sport it is. 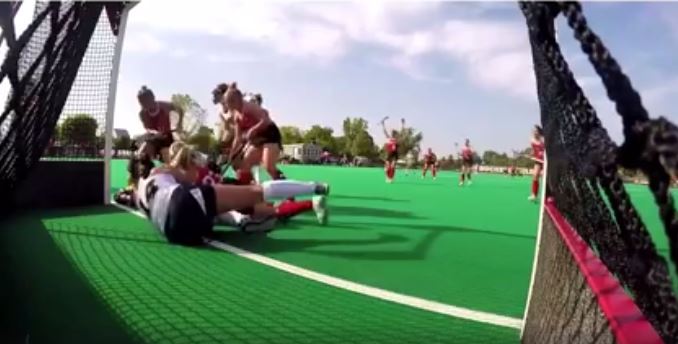 Players are expected to give their 100% during this game and this is exactly what happened during this penalty corner, where the Buckeyes would have scored if it wasn’t for that extra effort by the Michigan defence. The game ended in a victory for the Wolverines by 1 goal in overtime!

ICYMI, this has to be our Top Play from the weekend! What an incredible goal-line defensive save by All-American Katie Trombetta. Wowza!