Take a look at this amazing drag flick by Jugraj Singh for the Indian team during a match against the Netherlands that dates from 2003. In this amazing action, he was able to dodge the first Dutch runner by pulling the ball to his left, stepping around the ball and dragging the ball with so much power that the shot became unstoppable.

Jugraj Singh, who was born on 22 April 1983, and had an unfortunate car accident in that cut his career short. He made his international debut in the 2001 under-18 Asia Cup in Ipoh and he was considered to be the next Sohail Abbas by many experts; in a series against Pakistan, he performed so well that Abbas said he could see a younger version of himself in Singh. 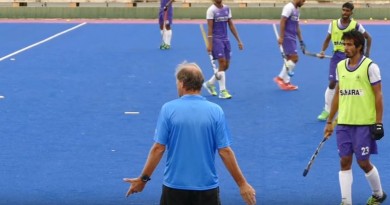 Take a look at what an India hockey training session, under Roelant Oltmans, is like! 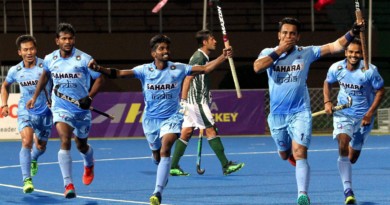