Coach Shiv, the former Canadian and USA National team coach, learned the art of playing hockey in Punjab, India, imitating the all time great hockey players, from the Olympic and World cup champion teams – India and Pakistan – in the 60’s and 70’s. He moved to Canada in 1977, and learned the science of hockey and the secrets of success of the European and Oceanic Hockey teams, while attending the FIH coaching seminars and observing the top teams and coaches, closely.

1) Ball Travels Faster than the Player

This is a simple law and does not need much explanation. Ironically, one sees this law under-employed, misused or even abused during the heat or run of the game. Ignoring this law can hurt even the most skillful of teams, when they do not abide by it.

2) Play One-Touch Hockey
In other words, play a first-time passing game. This requires the players, and the team as a whole, to be on their toes and keep moving. By the same token, it makes things harder for the opposing team to keep up with this constant, fluid movement. Yes, there will come opportunities to run with the ball a few yards, and end up with a shot on a goal. Go for it when the timing is optimum.

Cross-sport Example: The Brazilians are the masters of one-touch football; their winning record in world football provides clear validation of this law.

3) The Passer is Free 9 Times out of 10:
Go ahead and observe this law during your next game or practice. You will be pleasantly surprised to see how true this law is. It is indeed surprising that teams don’t take maximum advantage of this law, and end up getting into trouble time and time again.

4) Attack from the Right, Score from the Left
This is a powerful concept, and is employed diligently by the top-tier teams. Many key field goals, in matches of critical importance, have been initiated from a pass by the right-in, floating in and making space for the leading centre-forward. There is always room for some flexibility in this law. Teams that have a strong left-in prefer to attack from the left. For example Pakistan with left-in Shahbaz Ahmed in the 1994 Sydney World Cup, and Teun de Nooijer of Netherlands in recent times. 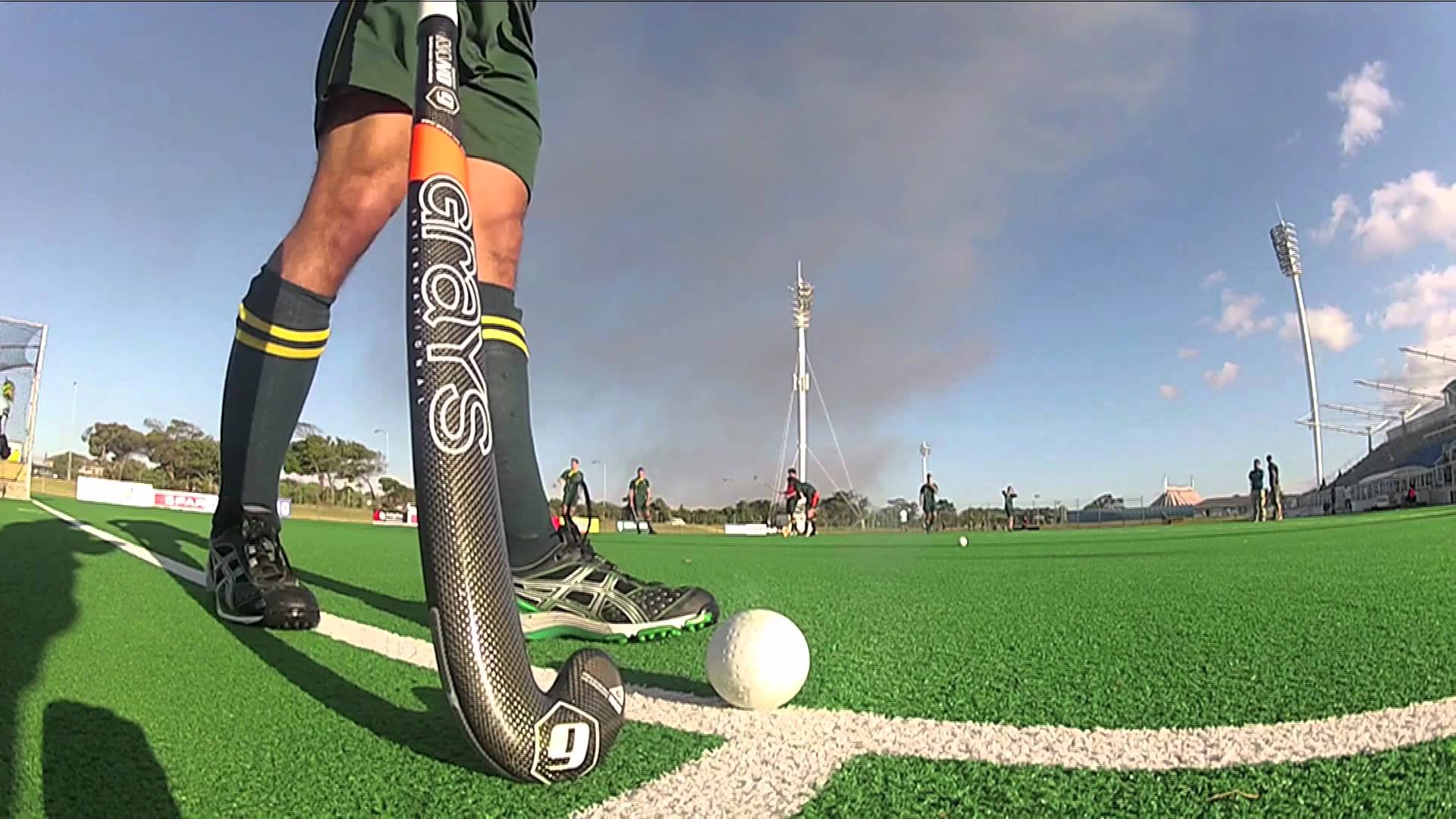 5) Play in Triangles, Utilising Width and Depth of the Field
The concept here is to divide the whole team into mini zones, viz. Right-side triangle, Left-side triangle, Midfield triangle, etc., and use these zones to carry out offensive or defensive strategies during the run of play. A useful tip here while building an attack is to use Right-side and Left-side triangles in the ratio of 60:40. Also, as was the case for Law #4, there is scope for flexibility in this law too. Looking at the big picture, the usage of triangle zones makes effective use of the width and depth of the whole field, in order to create and exploit space.

6) Keep Switching Focus from Left to Right, and Vice Versa
When the ball moves from the Left (left-in) to the Right (right-in or right-out), opponents are caught shifting from one side of the field to the other. In case they are not nimble enough to recover or react to the ball movement, they can be caught in the middle, thus leaving wide open gaps to be exploited. This concept is employed to a high degree by the top teams in the world, by moving the ball from side to side via the back field, which in many cases comprise four defensive players. 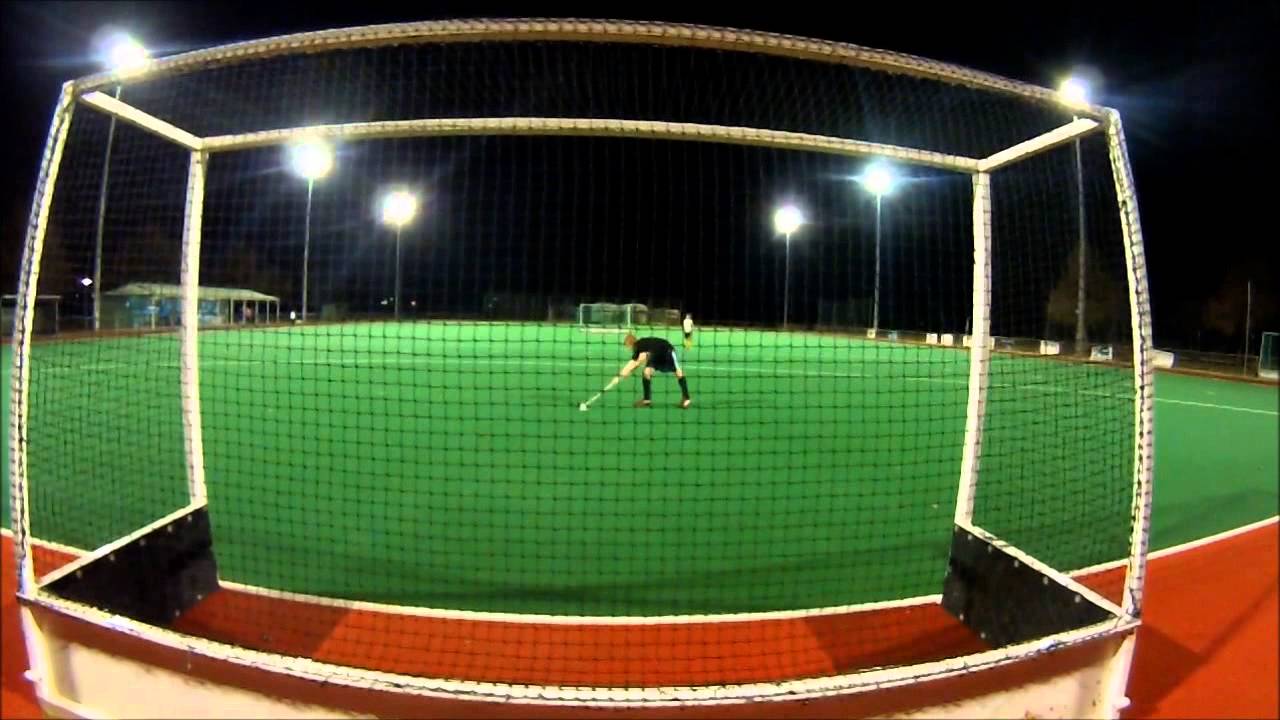 7) Use Centre-Half and Sweeper Back as Base-Axle of Team
Before the No-Offside rule was introduced in hockey in 1996, the centre-half was the key player of the team. The Midfield triangle of centre-half, right-in and left-in used to be the base around which the whole team rotated and functioned. Now, without an off-side rule in effect, the Sweeper Back plays a key role in the team, in conjunction with a 4-person defensive backfield comprising Right Half, Right Fullback, Left Fullback and Left Half.

CONCLUSION:
As coaches and players, we tend to think a lot. A zillion thoughts dance in our mind, flitting in and out. We need to let go the majority of these thoughts, but capture some key ones. It is always beneficial to jot down thoughts on a piece of paper or in a notebook. Writing down thoughts allows for future reference, which will be especially important if they pertain to the above laws of the game.

Your feedback will be most appreciated.
Email: coachshiv@aol.com
Website: www.coachshiv.com 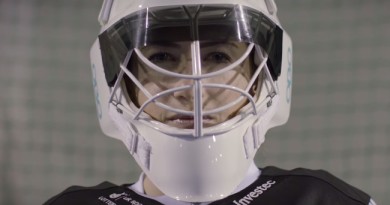 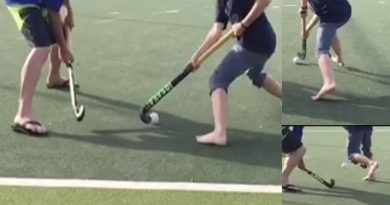 Dummy and pop 3D skill, a perfect example of an advance technical combination that you should learn! 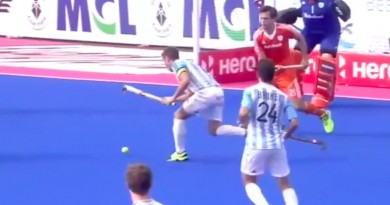 Scoring with the “upright backhand shot”