Ice hockey is one of the most popular sports in the world. According to statistics, the audience of hockey fans has about 2 billion people worldwide. This includes fans from Europe, Asia, Africa and Australia. 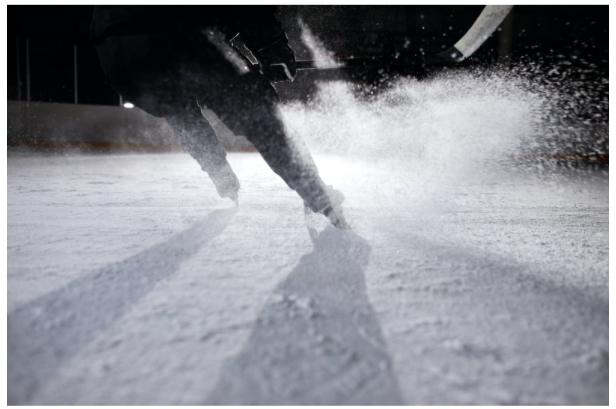 They not only watch hockey but also make bets and use TomHorn slots to earn money form their favourite sport. Despite the fact that every third inhabitant of the planet watches hockey matches, not everyone understands the intricacies of this sport. Therefore, in this article we will analyze one of the most important factors affecting the physical form of a hockey player – his speed. Let’s find out what life hacks exist to increase the speed of a hockey player.

Hockey is primarily a spectacular and exciting sport because the movement takes place at high speeds. So hockey players who want to succeed need to think about how to increase and develop maximum speed in hockey. At the same time, it should be understood that the speed of skating in hockey depends not so much on the fast movements of the legs, but on the power of the pushes. The hockey player must learn to develop high speed by sliding, for this you need not “fast”, but “powerful” legs.

Some preparation tips from experienced trainers

Rapid changes in direction, as well as constant acceleration and deceleration, require the ability to achieve maximum acceleration. This skill is trained during dry training. To develop acceleration skills, sprint and shuttle run are used – these are distances not exceeding 10-15 meters.

Skating speed is especially important for offensive players, as the ability to quickly dribble and change direction gives a great advantage on the ice over the opponent.

Exercises to increase the speed of a hockey player

The most effective exercises for developing speed are single-leg squats (“pistol gun”), back lunge on a sliding board and Bulgarian squat.

Back lunges are useful for developing skating speed. In this exercise, athletes first work with their own body weight, and then add weights. This exercise is also useful because it involves the groin.

The “Bulgarian” split squat helps to work out several muscle groups at once that are responsible for the push when skating. This exercise works the same muscles as the barbell squat, but this exercise is safer. It involves the biceps and quadriceps of the thigh, as well as the gluteal muscle. Additionally, the muscles of the press and the muscles-stabilizers of the body work.

Even if you don’t have a very high running or sliding speed by nature, you can still improve your speed and technique. Using the exercises above, you can train your muscles, which will help you perform better on the ice.